No results were found

This did not begin with Adam and Eve but appeared up in Pre-Christian religions and cultures. There are very few creatures that have been embraced by both religion and art. Most of the others have fascinated mankind because of their impressive size or strength. Snakes on the other hand, tend to be insignificant in appearance. Yet in the hierarchy of animals they have ranked so high that they have attained almost divine status. All sorts of human character traits have been imputed to them, ranging from wisdom and prudence to guile and deceitfulness. Snakes arouse powerful emotional responses from one person to another.⁣
⁣
Ladies of the European nobility wore snakes as brooches, bracelets, necklaces and finger rings. By the beginning of the 19th century long snake collars were being worn. Queen Victoria was given a snake ring by her fiance Albert to mark their engagement.⁣
⁣
The serpent wound its way through the 19th century jewelry as an amulet, a talisman, as a good luck charm and symbol of enduring love.⁣ 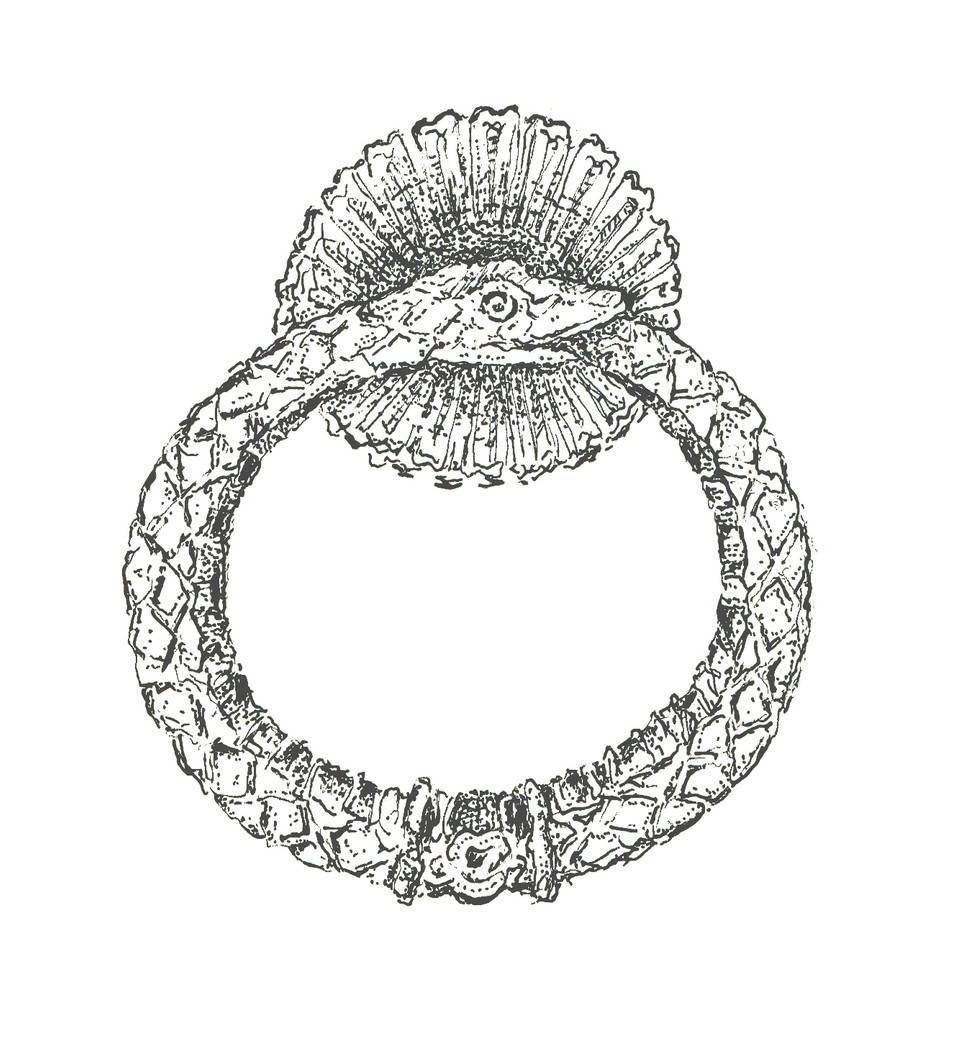 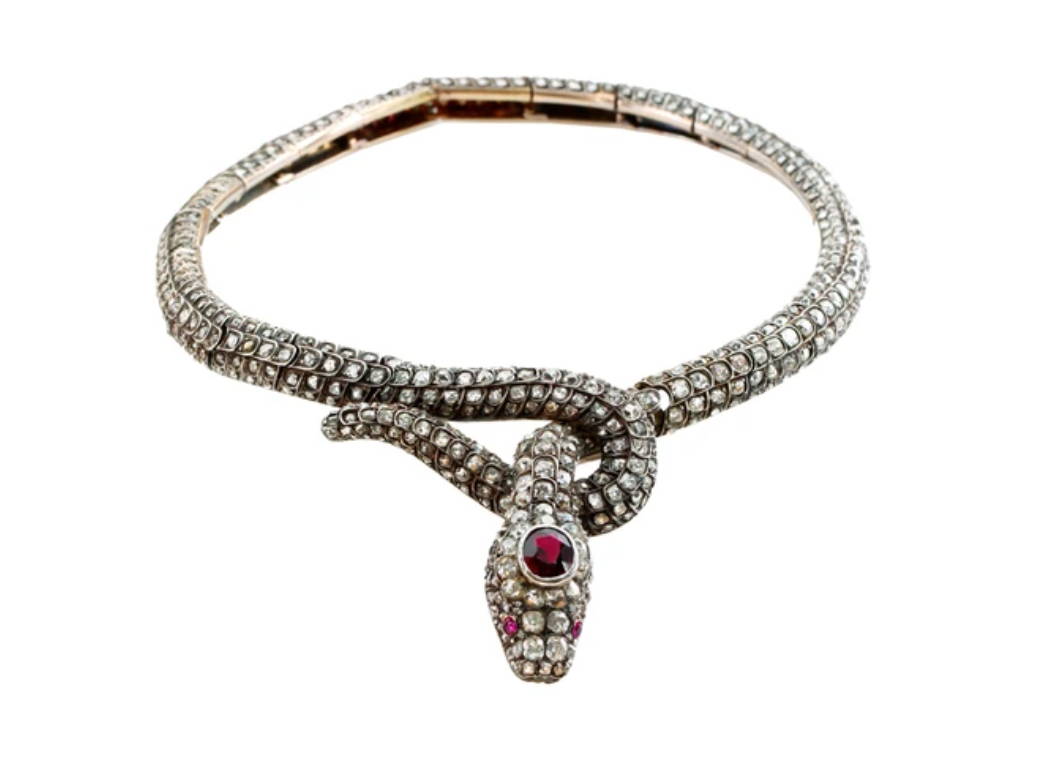 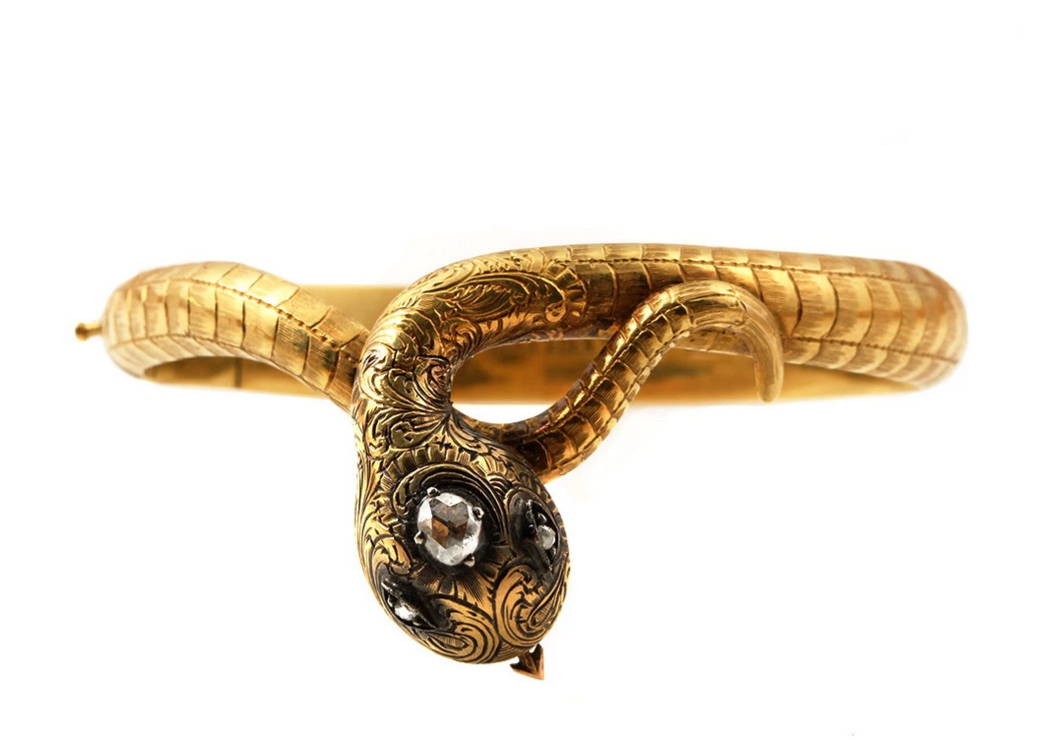 Victorian era gold snake bangle, in 18k gold. Rose cut diamond eyes and on the head, with beautiful hand engraving details and a arrow tongue. Two hidden locket compartments, one on the interior of the bangle revealing a lock of blonde hair and one underneath the head. Swedish in Origin, in Original Box. Hallmarks indicate a manufacture date of 1864. From Bell & Bird Archives 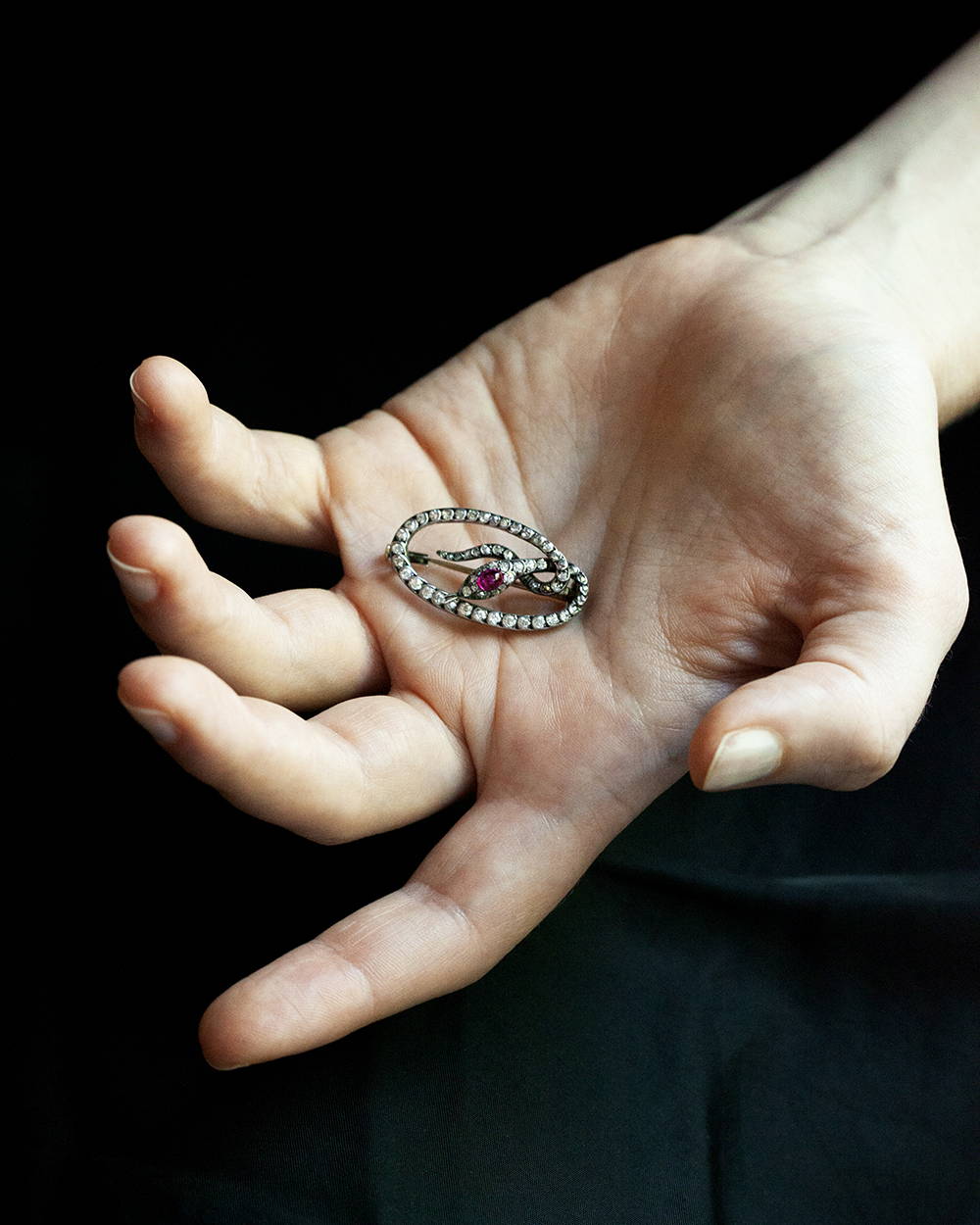 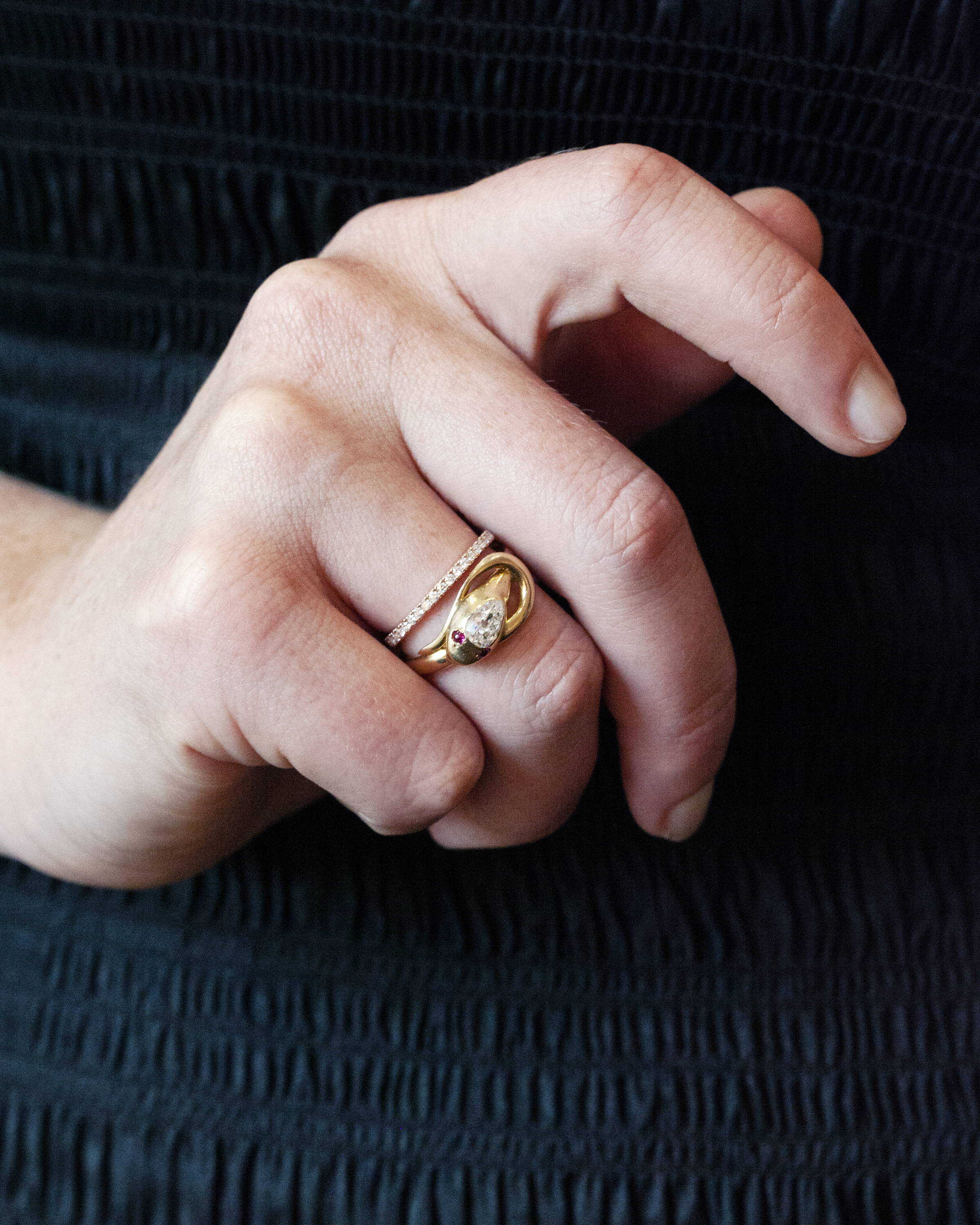 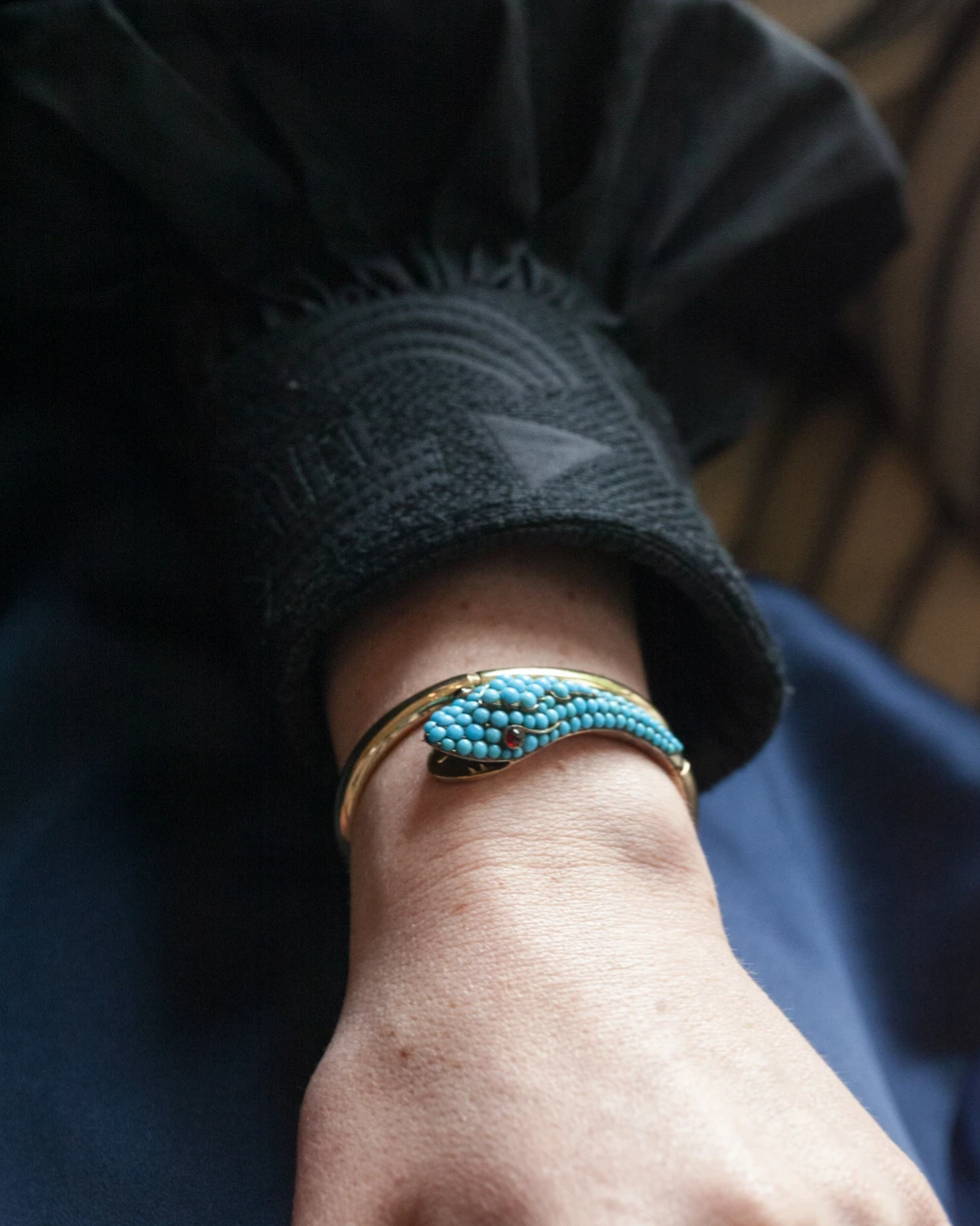